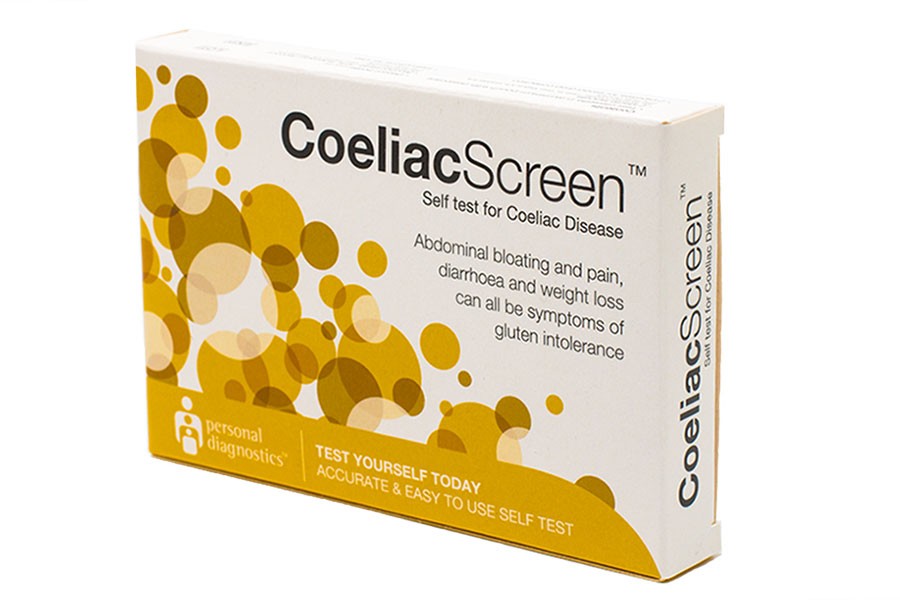 An easy to use Coeliac Disease home test that gives you an accurate result in just 5 minutes, even if you have low levels of IgA

Hurry! Only 7 in stock 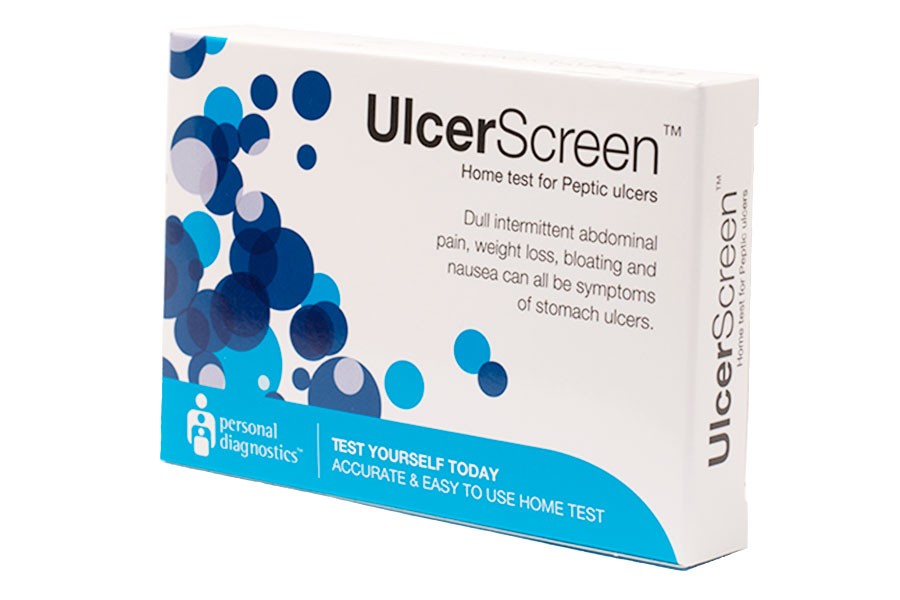 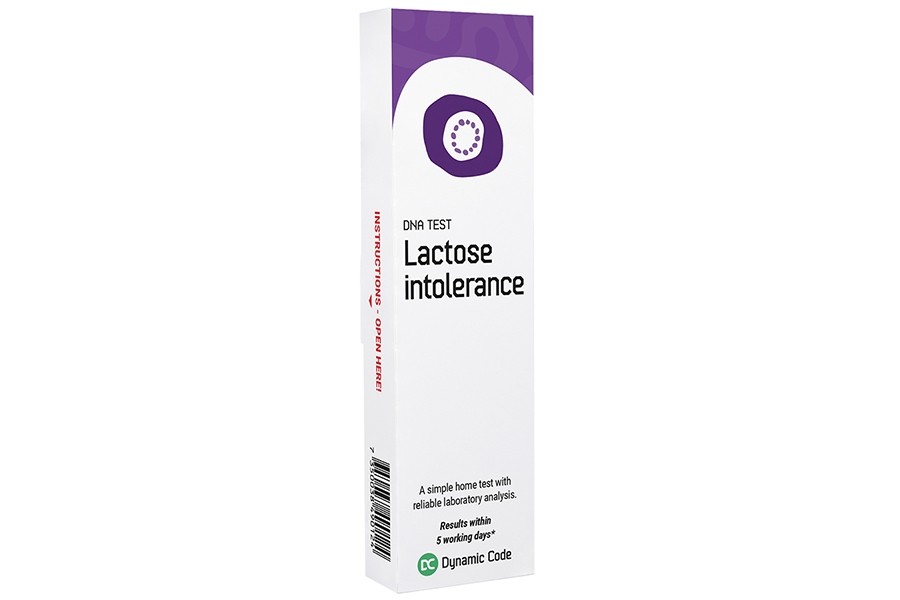 CoeliacScreen is a unique home test for Coeliac Disease that detects the presence of both IgA and IgG anti-tissue transglutaminase (tTG) antibodies associated with coeliac disease. In the National Institute for Health and Care Excellence (NICE) Guidelines for Coeliac Disease assessment they recommend that the primary test to perform is IgA tissue transglutaminase (tTG). If this IgA tTG test is negative and total IgA levels are low, NICE then recommend a secondary test for IgG tTG or Deaminated Gliadin Peptide (DGP) IgG is performed. CoeliacScreen is unique in including both types of primary and secondary tests that NICE recommend for Coeliac Disease assessment in one home test.

CoeliacScreen is designed to help in the diagnosis of coeliac disease and is unique in detecting the presence of both IgA and IgG antibodies to tissue transglutaminase,(tTG), unlike other coeliac screening tests that only detect IgA antibodies. This is very important, as IgA deficiency is more than 10 to 15 times more common in coeliac patients than normal. Coeliac patients who are IgA deficient will produce IgG antibodies instead, which will be detected by CoeliacScreen, but not by tests that only detect IgA antibodies

Our CoeliacScreen test kit has been designed for use at home and comes with clear, step-by-step instructions that are easy to follow. The test is very easy to perform and takes just 5 minutes to complete. A small finger prick blood sample is taken with a sterile lancet provided in the kit. The blood sample is transferred to the CoeliacScreen test cassette using a micropipette provided and after the addition of two drops of buffer solution your result will be shown in 5 minutes. The test shows positive if you have IgA or IgG antibodies to tTG.

Coeliac disease (also known as Celiac Disease) is a serious gastrointestinal autoimmune disorder that occurs in predisposed people of all ages from middle infancy onwards. It is a common condition affecting up to 1% of the UK and Irish populations and causes a wide range of symptoms that can include:

The non-specific nature of the symptoms has led to the under diagnosis of coeliac disease being commonplace and a serious problem. It is estimated that only 15% of people with the condition are diagnosed and studies have shown that on average it takes 13 years for an individual to be diagnosed with coeliac disease in the UK.

Coeliac disease is caused by a permanent intolerance to gluten, a group of proteins found in wheat, barley, rye and many other cereals, which results in an immune response and specific antibodies (IgA and IgG) to tissue transglutaminase being produced.

What is the difference between Coeliac disease, Gluten Intolerance, and Wheat Allergy?

Coeliac Disease, Gluten Intolerance and Wheat Allergy are often confused because they all have similar symptoms so CoeliacScreen can be very useful in distinguishing these conditions.

Coeliac disease is an autoimmune condition that is triggered by eating foods containing gluten. People with Coeliac Disease are genetically predisposed to the condition, and once they have reached a gluten threshold in their diet, an autoimmune reaction is triggered and their immune system is stimulated to attack the lining of the small intestine. This gives rise to the symptoms highlighted above.

Gluten Intolerance (or Non-Coeliac Gluten Sensitivity) occurs when gluten causes the body to have a stress response. Unlike Coeliac Disease, the response does not involve the immune system. This often results in gastrointestinal symptoms that are very similar to Coeliac Disease, but Gluten Intolerance does not lead to intestinal tissue damage. Gluten intolerance often arises when there are insufficient enzymes to digest the amount of gluten consumed, and the symptoms can be avoided by supplementing digestive enzymes, or reducing the gluten in your diet below your intolerance level.

Wheat Allergy causes your immune system to respond to a type of food it considers harmful. The immune response it triggers is often temporary and does not cause long lasting harm to the small intestine, unless it produces anaphylaxis. Those people who have wheat allergies are often affected by a number of proteins found in wheat, including gluten. Unlike Coeliac Disease, wheat allergies are not permanent. Symptoms include skin rash, nasal congestion, headache, difficulty breathing, cramps, nausea or vomiting, and can be avoided with a wheat-free diet.

CoeliacScreen is used to support the diagnosis of Coeliac Disease, although this must then be confirmed by your doctor. There are no tests specifically for Gluten Intolerance, but if CoeliacScreen is used to help rule out Coeliac Disease, it is most likely that you will have a Gluten Intolerance if your symptoms are the same. A Wheat Allergy produces specific IgE antibodies that can be detected by a food intolerance test.

If you are diagnosed with Coeliac Disease, the clinical advice is normally to adopt a gluten-free diet to avoid the symptoms of the disease. A gluten-free diet will decrease disease symptoms and the levels of the coeliac disease-associated IgA and IgG antibodies. These will often become undetectable a few weeks after adoption of the diet, and certainly, within 6 weeks, so if you are on a gluten-free diet, it is likely that your test result will be negative. Please note that a gluten free diet should only be adopted on the advice of your doctor.

When should the test be used?

If you have one or more of the symptoms of coeliac disease including diarrhoea, abdominal bloating, weight loss, skin ailments or signs of malnutrition, taking the CoeliacScreen test for the condition is recommended.

Are there any instruction videos that would help me to use the test components properly?

Yes, if you are unsure as to how use the lancets or micropipettes provided in the kit we recommend that you watch the manufacturer's instruction videos. To view these short videos on how to use the lancets please go to Sterilance Press 2 Safety Lancet, and for the micropipettes, please got to Microsafe.

Is the test result correct?

CoeliacScreen has been validated against laboratory tests and has been shown to be very reliable, (96.9% accurate compared to laboratory tests), provided the instructions are followed carefully. The test can only give a false negative result in rare cases, such as when the levels of tTG antibodies are very low. Please note however that the test result can be adversely affected if insufficient blood is used or it is dispensed incorrectly.

How to interpret the test if the colour and intensity of the lines are different?

The intensity of the coloured test lines are of no importance in the interpretation of the result. The coloured lines only need to be uniform and clearly visible and a red line of any intensity by the 'T' test mark should be regarded as positive.

No, the result should be read within 10 minutes of adding the test diluent and is reliable only up to this time

What should I do if the test result is positive?

CoeliacScreen is a screening test for coeliac disease and a positive test result indicates that you have coeliac associated IgA or IgG antibodies. We would recommend that you seek medical advice from your doctor who will conduct further supporting laboratory tests and take into account any symptoms of the condition that you may have before making a definitive diagnosis. Only start a gluten-free diet on the advice of your doctor.

What should I do if the test result is negative?

A negative test result indicates that it is very unlikely that you have coeliac disease. However, as no test is 100% effective and it is known that very low antibody levels the test may give a false negative result, we recommend that you consult your doctor if you have worrying gastrointestinal symptoms or the test result is contrary to your expectations.

CoeliacScreen is manufactured by Eurospital S.p.A., Italy for Personal Diagnostics Ltd. Eurospital is a company that specialises in diagnostic tests for coeliac disease, for both professional and home use. The test is covered by European Patent Number 0.912.898 relating to the use of tissue Transglutaminase for the diagnosis of coeliac disease held by Eurospital S.p.A., and is also marketed under the trade name Xeliac Test Pro. CoeliacScreen is a Personal Diagnostics Ltd trademark. 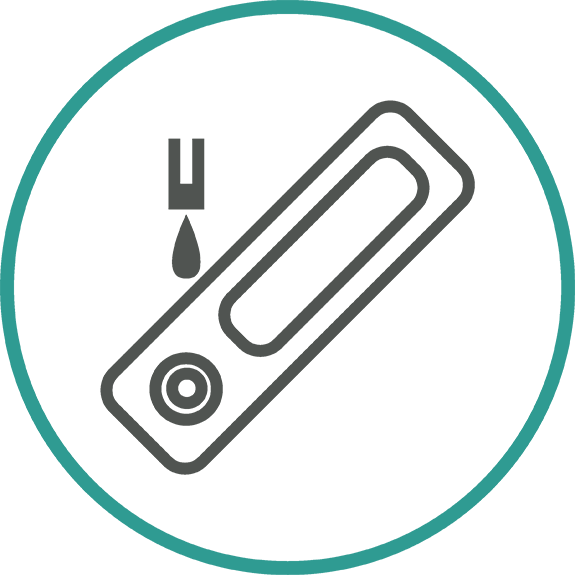 2Add drops of blood to the test cassette. 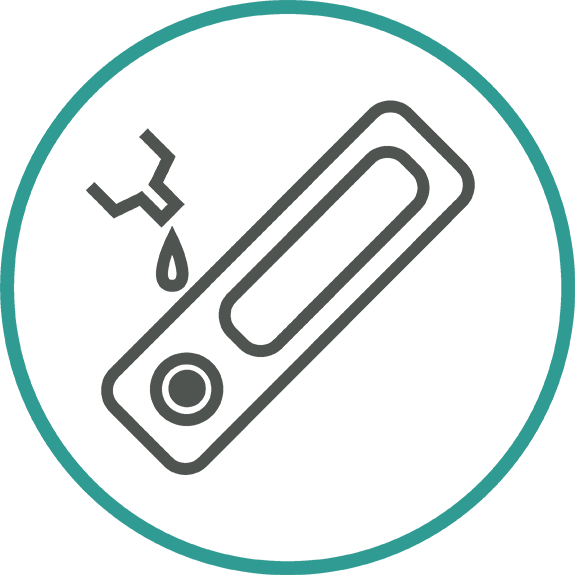 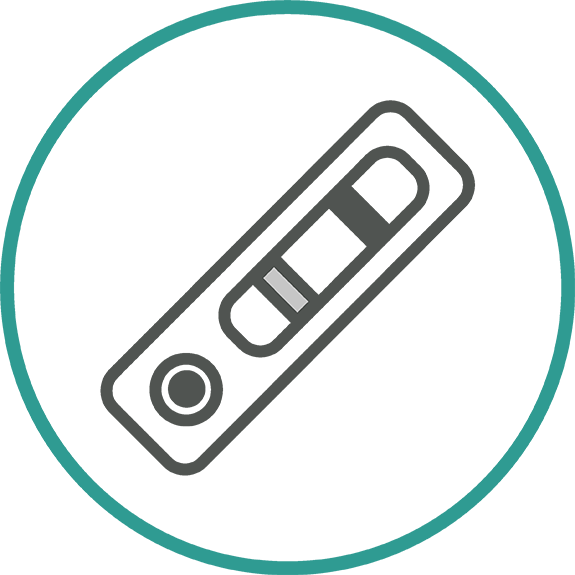 4Wait a few minutes and read your test result.

Get 15% Off when You buy 2 Ulcerscreen